As the regulated sports betting industry in the U.S. continues to heat up, with new legislation being introduced and new bills being passed almost weekly in the country, many eyes are on the next major market to emerge — New York.

After much resistance, then-New York Gov. Andrew Cuomo unexpectedly pivoted his stance in a press conference in January 2021, stating he was ready for New York Sports Betting in the Empire State. In April 2021, Cuomo officially signed mobile sports betting into law when he finalized the state budget.

The sportsbooks will pay a 51% tax rate, tied for highest in the U.S., along with New Hampshire.

The New York online market is expected to launch before the end of January, in time to capture some lucrative NFL Playoffs betting and the 2022 Super Bowl on Feb. 13, the biggest event in sports betting.

Ahead of the highly anticipated launch, EmpireStakes.com commissioned YouGov to run a survey of New York adults to gather information on what we might expect from the Empire State’s mobile sports betting market. This survey speaks directly to what New Yorkers want. The survey considered current behaviors among New York adults and what bettors want to see upon the launch of mobile sports betting in the state.

How Many New York Adults Are Already Betting

How Often Will New Yorkers Bet

Of the New York adults surveyed, more than 1 in 4 of those identifying as sports fans expect to bet on sports daily once the market is launched. This figure is even higher among sports bettors, as 1 in 3 plans to make daily sports wagers. Nearly half (44%) of sports bettors plan to bet at least once a week.

New Yorkers may not live in a regulated market just yet, but they are lucky enough to be surrounded by some of the top legal markets in the country. In fact, 3 in 4 (74%) New York sports bettors have traveled to neighboring New Jersey or Pennsylvania to place a legal sports bet. The survey also finds that those who consider themselves to be avid fans are 6 times more likely than casual fans to take the trip across the border to make a legal wager. Looking at other sports, the survey suggests that supporters of New York basketball teams are 30% more likely than New York baseball fans to have made the trip outside of state lines to place money on their favorite teams. Regardless of fan level or preferred sport, this is millions in potential revenue for the state being thrown to neighboring economies. 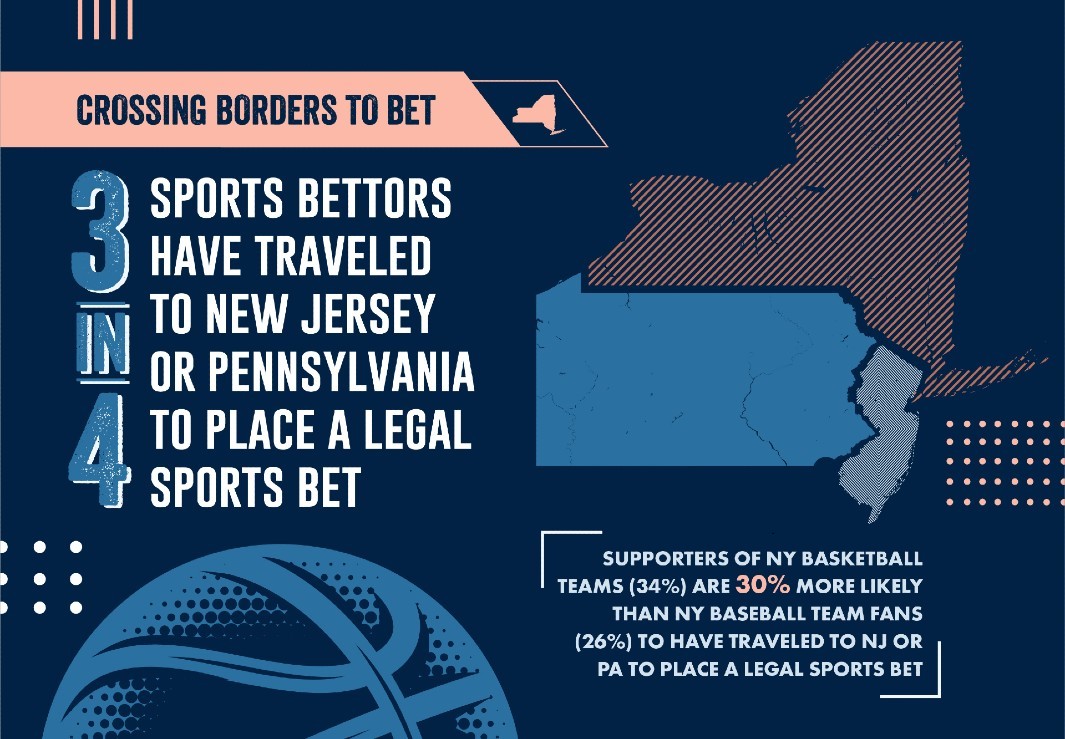 New York's sports betting model differs from many of its neighboring states. The state-run lottery model will limit the number of sportsbook operators and increase the amount of taxes sportsbooks will be required to pay. As of now, New York will have nine different sportsbook apps when the market launches. When asked to select their preference of four sportsbook apps that should be offered in the state, New York adults selected FanDuel Sportsbook New York, FOX Bet, BetMGM New York and Bet365 as their top choices. Following closely as the alternate favorites are DraftKings Sportsbook New York, William Hill, Barstool and 888Sport.

Each state in the U.S. is responsible for handling legislation around mobile betting and deciding individual rules for their own markets. This means each state has different restrictions on betting and different offerings on events. Last year, with the absence of live sports because of COVID-19, many sportsbooks got creative with their offerings. We also saw bettors show enthusiasm over non-sport events such as reality television shows, award shows and elections. While betting on elections is incredibly popular in more mature gambling markets such as the U.K., legal betting for elections is not currently available anywhere in the U.S. The survey showed that over 40% of sports bettors would like to wager on elections and nearly one-half of sports bettors would bet on reality television and award shows. College sports are another category that can be controversial among state legislators when making rules for mobile sports betting. Four in five New York sports bettors said they would bet on college sports if available. 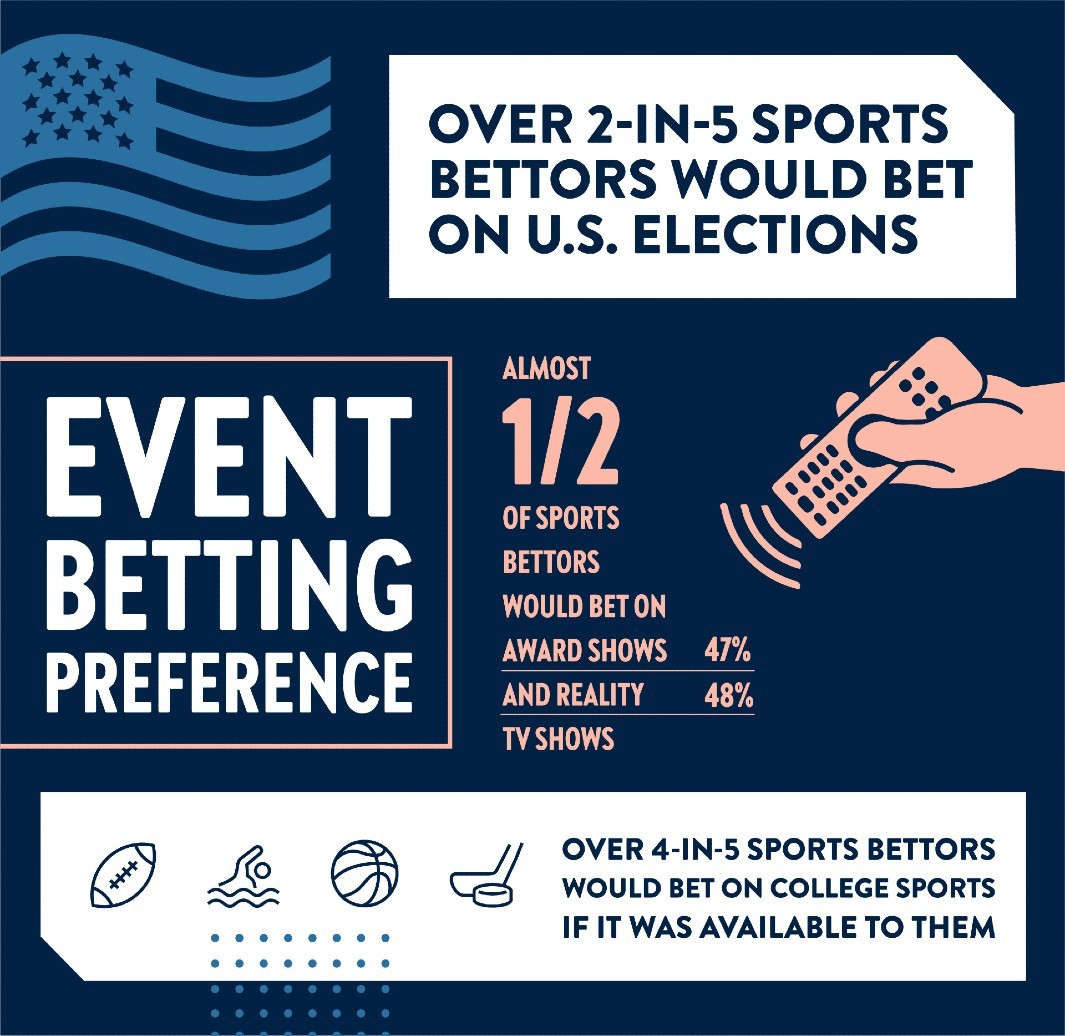 Feel free to use this data and research with proper attribution linking to this study. When you do, please give credit and link to EmpireStakes.com.