Home in name to some of American sport’s most successful franchises, from the Yankees to the Giants, the state of New York has millions of dedicated fans hoping to celebrate their team’s success. And since January, fans have been putting big money behind those favorites with New York sports betting.

But which New York teams are officially the most popular, and is it always the ‘bigger’ franchises?

To determine the most popular teams in New York, we analyzed the number of Google searches each recorded over the last 12 months. We then calculated the average monthly volume and ranked the top 15 franchises. Read on to see where your team places! 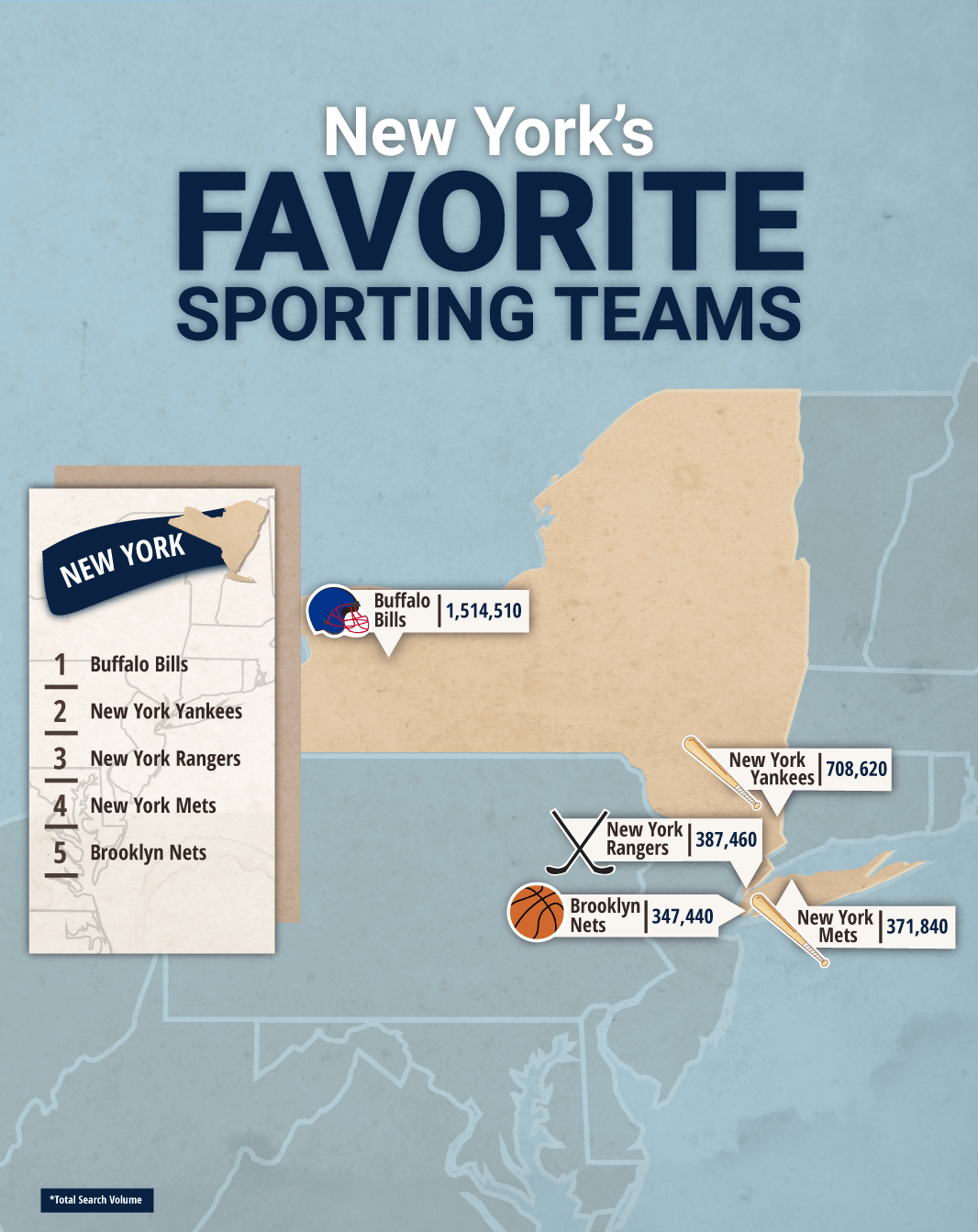 Ranked as New York’s most popular sports team, we have the NFL’s Buffalo Bills, with a staggering 1.5 million Google searches each month.

While the Bills have never won the Super Bowl, they’re among the NY NFL betting favorites for this year’s championship.

Despite not playing in the World Series since 2009, the Yankees have won a record 27 World Series titles and have established a strong following in New York MLB betting.

New York’s third most popular sports team is the NHL’s Rangers, with 387,460 Google searches per month. While not placing as the top team in any of the state’s cities, the Rangers are the second-most popular team in Yonkers (2nd - 7,900) and New Rochelle (2nd - 4,300).

With the season starting in October, the Rangers are outsiders for Stanley Cup success, but will be hoping to get off to a good start on their quest for a fifth title.

Contenders for this season’s World Series, the New York Mets are the city’s second-most popular baseball team, with just over half the monthly Google searches of the Yankees. Across the state, the Mets are particularly popular in their home city of NYC, with 159,000 searches (4th), as well as Yonkers (4th - 5,700).

The Nets are considered contenders for their first NBA Championship, but they will have to overcome the likes of the Boston Celtics and Golden State Warriors if they want to taste success.


Watching sports is one of New Yorkers’ most popular pastimes, so it should come as no surprise to see such staggering search volumes for each of the state’s most popular teams.

No matter your favorite team, for all the best NY betting promos visit EmpireStakes.com.