The Odds of Spotting a UFO in New York

The notion that there might be UFOs and extra-terrestrial life out there has excited Americans for generations, with an astonishing 5,582 total reported sightings in New York alone since records began — the fifth highest of all U.S. regions and more than nearby Massachusetts and New Jersey combined.

But when are you likeliest to catch sight of alien life?

To work this out, we analyzed every UFO sighting reported to the National UFO Reporting Center, breaking down the time and date of each sighting. We were then able to reveal when you have the best odds of seeing an alien in each city across the state of New York.

Cleary at Empire Stakes, we are about more than just NY sports betting. 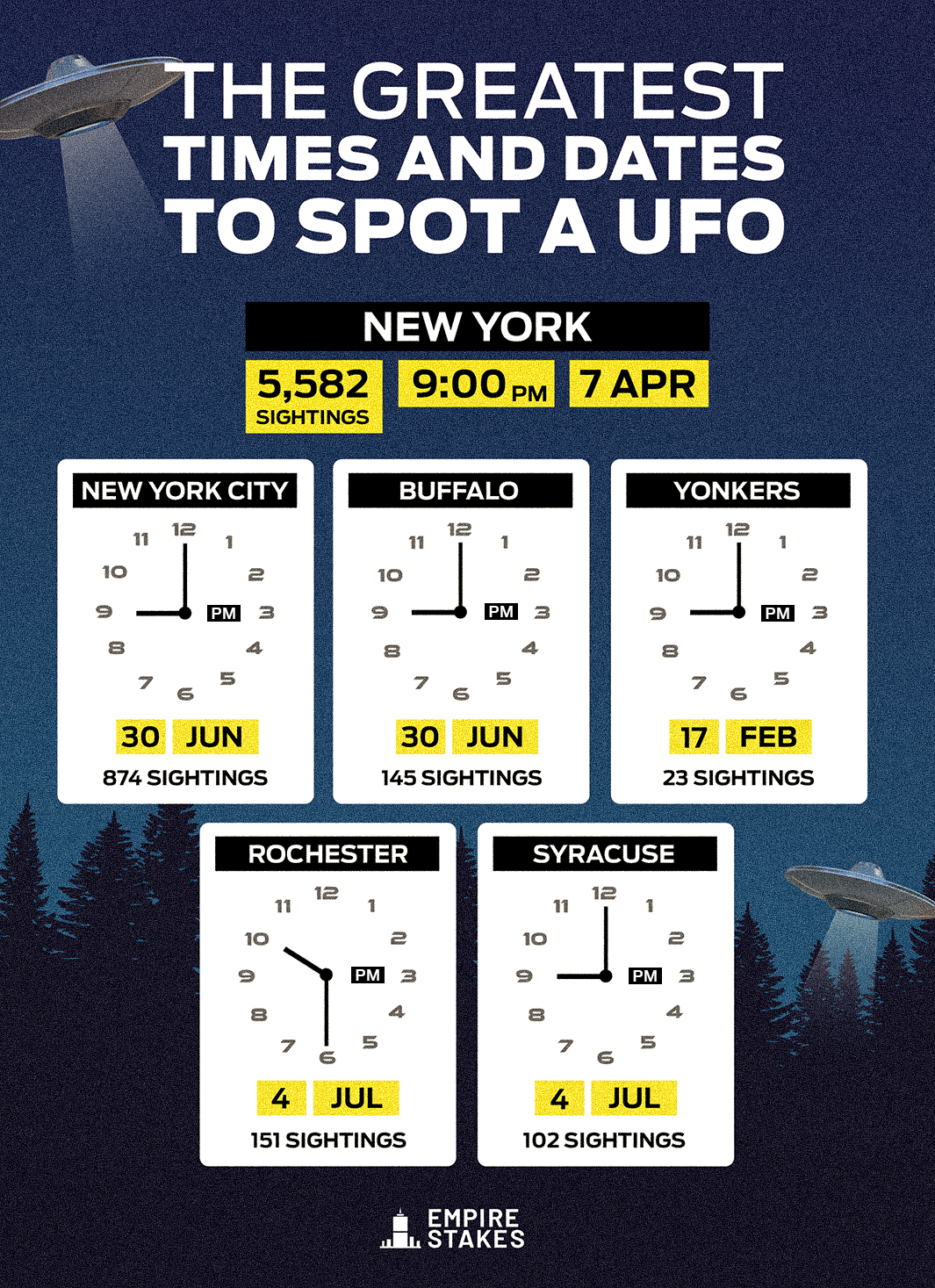 When Do You Have the Best Chance of Seeing a UFO in New York?

Where and When Do You Have the Best Chance of Seeing a UFO By City?

We’ve looked at your odds of spotting an alien in New York, but how about each of the state’s top cities?

Stay close to Empire Stakes for stories such as this and info on NY sports betting apps.

There have only been 23 reported UFO sightings in Yonkers, so your odds of catching sight of alien life here are slim. However, your chance is greatest if you head out at 9 p.m. (2) on Feb. 17 or March 29 (2).

Rochester has seen the second-most UFO sightings of all cities we’ve looked at, with 151 recorded reports of alien life.

Finally, just like other cities across the state, Halloween is remarkably un-spooky when it comes to UFO sightings, with no Oct. 31 reports in Syracuse.

While we might have gone past the time of year that gives you the best odds of catching a UFO sighting, there’s no harm in keeping an eye out as we work our way through the autumn months. In the meantime, for even more insight from our gambling experts, head on over to Empire Stakes for the best NY sportsbook promos.